I was introduced to a new beverage this week – sparkling white jasmine tea. 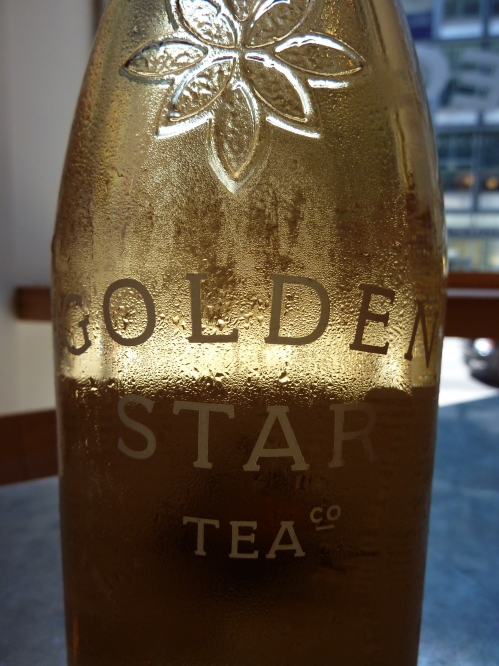 The Golden Star Tea Company takes jasmine silver needle tea, a rare white tea from the Fujian province in China, and puts it through a controlled fermentation with Champagne yeast – controlled to produce only trace amounts of alcohol (less than 0.5% abv) but to still capture the brioche, tropical fruit and floral notes created by the action of the yeast.

Some of the bubbles are from the fermentation process and some have been supplemented.  There’s a touch of caffeine as well as a touch of sweetness from raw sugarcane juice.

They recommend serving it well-chilled and straight up, in a Champagne flute. But, as is usually the case when I’m introduced to a new beverage, I decided to make a cocktail out of it. 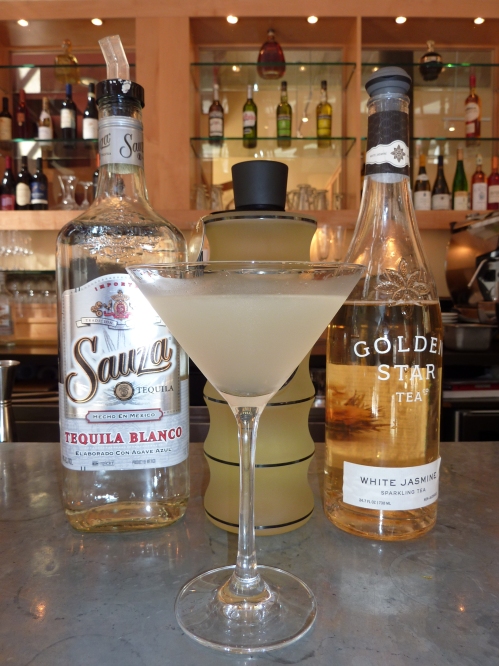 The tea had lots of stone fruit and honeysuckle notes, which I thought would pair nicely with the fiery earthiness of an unaged tequila.  I wanted to add a little spice to the mix, so I chose Domaine de Canton, a ginger-infused Cognac.

Combine tequila, Domaine de Canton, simple syrup, lime juice and salt in a shaker with ice, shake vigorously, strain into chilled martini glass, top with sparkling tea and squeeze the juice of an additional 1/4 lime on top.  Candied ginger or an edible flower would make a nice garnish.

Filed under Cocktails, Other Beverage, Spirits