This wine’s got the hots for you 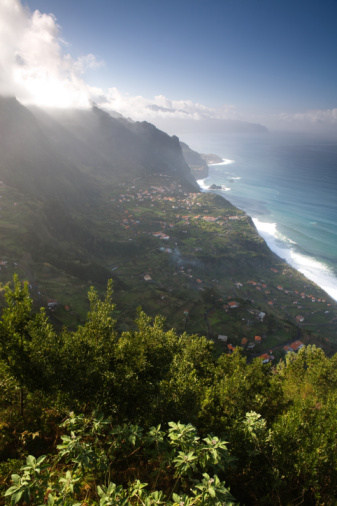 You may have heard the word maderized (MAD-uh-rized) before and if it came up in reference to a table wine, it probably wasn’t a good thing. It’s a winetasting term that refers to a wine with over-the-hill characteristics – a heavy, stale smell, often of overripe apples – usually caused by oxidation, often combined with overly warm storage. The French would say maderisé and the English might say sherrified.

If we’re talking about a fortified wine called madeira, however, hot controlled oxidation can be a beautiful (and tasty!) thing. It’s named after a Portuguese volcanic island, 400 miles off the coast of north Africa. Its location in the middle of the Atlantic made it an important port of call for ships traveling to Africa, Asia and South America.

In the 18th and 19th centuries, wine was shipped in cask and routinely fortified with brandy or neutral grape spirit to help it survive the voyage. This additional alcohol helped prevent re-fermentation as well as microbial spoilage. The constant rocking of the ships accelerated the aging process and the heat of the tropics slowly cooked the wine into an amber, nutty, caramelized beverage. When the sailors consumed the wine at the end of the journey it was a heck of a lot tastier than when they had first loaded it aboard. END_OF_DOCUMENT_TOKEN_TO_BE_REPLACED