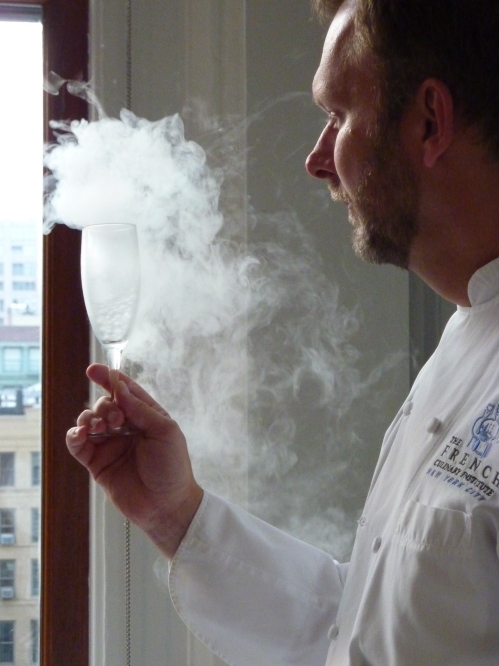 This past Tuesday at FCI we hosted the first party in a series titled “Cocktails for SoHo Friends”.  Our goal is to honor the creative folks who have lived and worked in our neighborhood.  First up was Donald Judd (1928-1994), an American sculptor, whose work still lives on thanks to the Judd Foundation.   101 Spring Street, in addition to serving as the current location of the foundation, was also Donald’s home since he purchased the building in 1968.  It’s the only intact, single-use, cast-iron building remaining in SoHo.

For this party, we served two signature cocktails  – one was aquavit and grapefruit juice and the other was tequila and cassis – and asked the attendees to vote for their favorite, which would become the Judd Cocktail on the L’Ecole summer beverage list.

I’d give you the specifics of the recipe, but it would require you to clarify cassis at home.  All you really need to know is that it’s delicious – sweet and tart from the cassis, with nice herbal tones from the tequila and the Lillet.

I can’t promise that someone will chill your glass with liquid nitrogen, but I can guarantee good company and tasty food.

Isn’t she a beauty?