The official transition for ABV was 10/1/13, and after spending a few weeks helping out, it was time to get the party started.

Sarah, Casey, Carroll and I have known each other since kindergarten, and we’ve shared many milestones together.  Here we are when we turned 30:

How is your calendar math?  Figure out what we were celebrating this time around?

Casey lives in Golden, CO, so that was the first stop for the NYC girls.

This is literally Casey’s backyard. I get why she lives there. 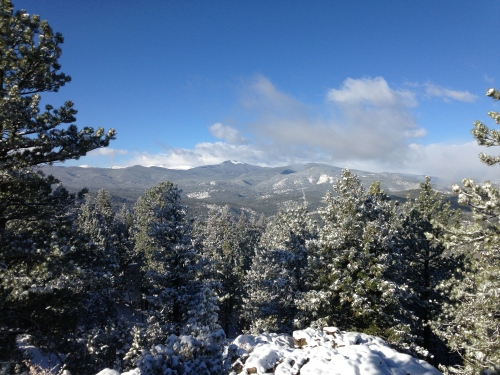 We were there for some of the first snowfall of the season. Should have bought that early bird ski pass after all.

Next stop was Breckenridge, to meet up with Carroll.  After some yoga and a night on the town, we made our way to Steamboat, where we had a surprise in store for Sarah. 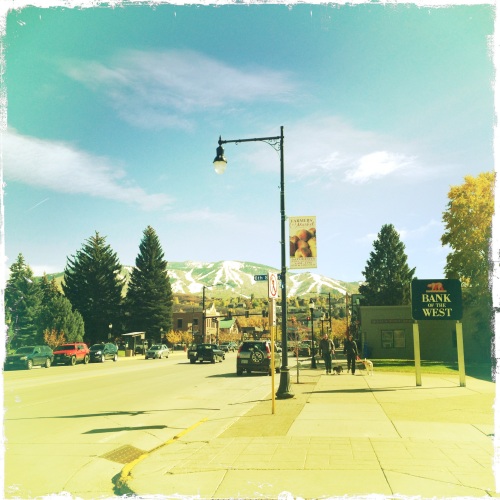 You know you’re in a good place when you can see the ski mountain from downtown.

Fish Creek Falls; super close in downtown Steamboat. We got a beautiful day for a hike. 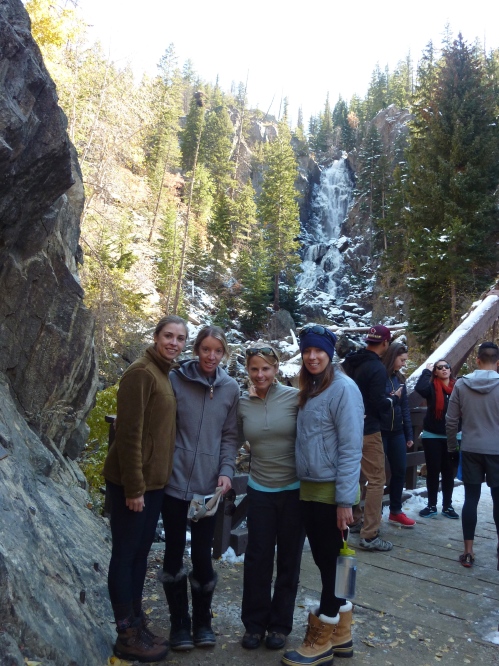 We led Sarah to a bridge in front of a waterfall where we had arranged for Mike to be waiting with a proposal.

We got her good! The only person who might have been more surprised was the dude in the red sweatshirt.

The happy couple. We’d all be together again for the wedding 7 months later. Stay tuned. 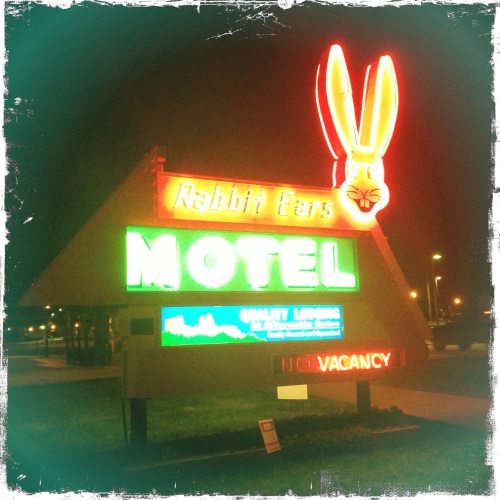 This is where we stayed. One of the best motel logos I’ve ever seen.

Some fun nightlife to be found in Steamboat. Seek out the 80s cover band if you want to get your dance on. We met up with Chris, another Elmira transplant in Colorado. 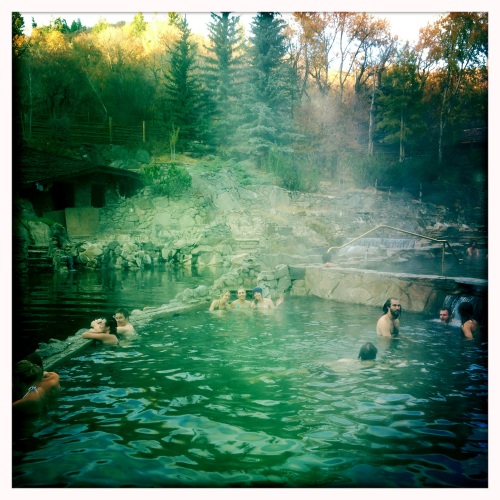 Our next stop was Strawberry Park Hot Springs.

We spent the night in this little gem.

This was the downstairs of the cabin. Nice and cozy.

Casey and I slept upstairs. I found the cabin much less charming in the middle of the night when the mice were running around inside the walls above the bed and pooping on us.

Cheers to our next adventure!