This pear is always in season 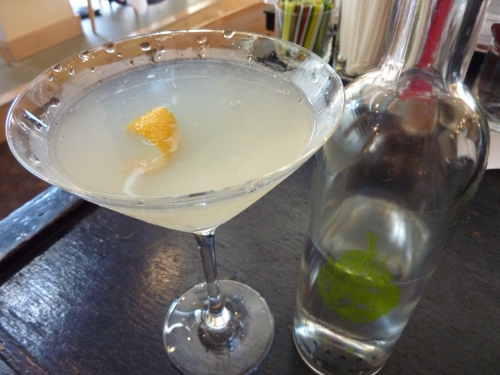 The Bartletts won’t be out until July, but FLD just released a pear brandy that will make drinks for all seasons.

The sidecar above was created with the help of my friend Gene.  I had originally made a sidecar with Calvados, thinking the apple/pear combo would be tasty, but it was much too heavy for a spring drink.

This pear brandy reminds me of just-baked cobbler, so for my next drink, I went to Tuaca (vanilla) and Velvet Falernum (clove and almond). 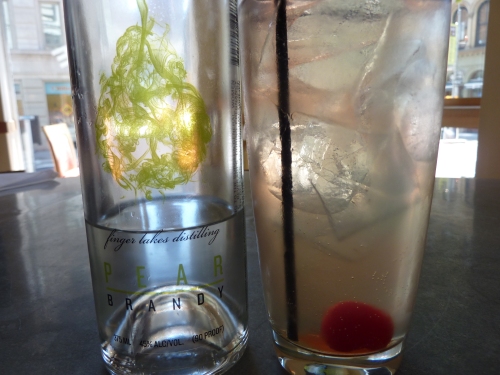 Combine all ingredients over ice and shake.  Strain into chilled highball glass with fresh ice and top with ginger ale and a cherry.

The ginger ale adds the necessary spice to round out the sweet pear and vanilla notes.  The cherry looks cool in the bottom of the glass and also corresponds to the cobbler theme.  Easy to make and even easier to drink.

I’m thrilled for this beautiful weather, but this pear brandy will provide fall/winter solace when mixed with quince, spiced rum, walnut liqueur, Oloroso Sherry and chocolate (not all at the same time, of course).  A smoky or salty rim would be a nice touch, too – think prosciutto or Parma ham.